Pressing the reset button…..on the path to least resistance.

It was years ago, driving to a concert or a football game (it would only be one of the two), with my buddy crazy Dave (now known simply as David unless we really want to see his alter ego), that we got into an argument about something stupid – for example where to park, or which road to turn down.  This argument went through the general steps they normally do and went from heated conversation to silence and then not speaking.

Not knowing what to do at this point……Crazy Dave suddenly reaches across the dashboard of my cool Ford Focus (see: sarcasm) and presses the hazard light button.  At that moment he said “Ok, RESET”

The result was the dropping of an argument and just simply, going on from there.  Ive thought about that incident various times over the years and with my buddies (see: male friends not female friends), this has continued to work.  At first we had to be in a car, because of course, you could only reset by pressing the hazard light button.  But eventually this transcended figuratively into simply saying RESET when there was an incident or problem without proper resolve but which had to be dropped.  Its a great way to let go, be free and get on with it, and it has worked like a charm ever since.

Yesterday without knowing it I pressed the reset button on myself. I wasnt driving or arguing in my head but somehow I told myself that its time for me to reset…..again, figuratively. 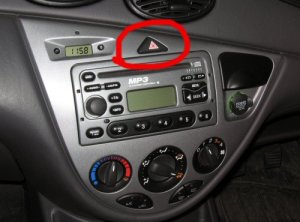 Im not a horoscope guy or into signs or anything of the sort – unless she happens to be (see: keeping up small talk on a cheesy date) going on about this sort of thing. Its is mildly interesting but not gospel to me what so ever.  None the less, my horoscope in the Sunday paper reading this, prompted my reaction.

“The path to least resistance.  That’s what we all tend to follow in the end.  Even if we set out along some other road, it is only a matter of time before inertia sets in.  Why keep doing whats difficult? We all prefer whatever is (or at least seems to be) easiest. There are times though, when even the trains that run on the straightest of tracks have to change direction at the points.  You can now make a brave decision about where you want your emotional and personal life to go next.  The cosmos are ready. Are you?”

So here I am, about 24 hrs after pressing my personal rest button.  It felt great yesterday but not so great today.  In short, its tough for us to change direction and let go of what we know and what we think we want.  Sometimes there is a big inspirational moment that indicates this and other times never ending complacency brings this decision upon us.

There is a big lead up to this which gained momentum over my three years on the road living, travelling and working abroad.  Everything worked so well and slow and in that lifestyle it was normal and expected to not know where the next step maybe.  Having returned to the land of SUVs and Ipads and things Ive never heard of like BBM’s and inserting your credit card and pin number vs. swiping and signing……things have come to a head.  The two different worlds Ive known colliding in an fashion and force that I expected, but then again didnt expect.  It would be easiest to simply get on a plane and get back out there but thats not the point.  You cant chase under the disguise of exploration. You cant expect the world to act the way you want it to with all the external factors pressing upon you and me.  And you cant expect more from people and places than youve given…..even when you do give as much as you can, the expectation of everything working the exact way you want is unfortunately an unrealistic expectation. Even when the stars align, life wont give you this pleasure.  So if the stars wont align for me, Ill run with them…..as the horoscope says, “the cosmos are ready, Are you?”

This entry was posted on April 16, 2012 by andrewmorden. It was filed under bio and was tagged with ford focus, hazzard button, horoscope, travel.